JCFC NPL program is delighted to confirm the call up of two of our young players to the U15s Girls WA State team.

Hannah Insch and Mischa Anderson who are both friends received the news recently and are both excited to be involved in the highest calibre girls squad the state has to offer.

Club Director of Football David Clayton Believes its something the whole club should be proud of, "Mischa and Hannah have been involved with the programs here at Joondalup City for a long time and it's a great moment for everyone to see the girls rise to the very top level of football as they can basically get at the moment". David went onto praise the girls for their continued standard of football that they uphold week in week out and hopes it continues.

Hannah and Mischa are not the only girls at the club playing at a state level here at JCFC. Elizabeth (Ejay) Doust and Shivani Battaglia, both u16's NPL players have been training with Joondalup City and Football Wests NTC program. Ruby Marshall, JCFC U13's player also is involved in both programs.

Julian Barley, Joondalup City Club President explains that the club will intend to continue to bring girls through the club and test them at the highest level possible. "We have 5 young girls playing in our NPL programs, one in the U13's, two in the U14's and two in the U16's which is great for the club". Julian says he's looking forward to the future of Women's football at the club as it continues to rebuild. "We were playing state women's football until last year, but we are now rebuilding and the future looks bright with a fantastic 10's, 12's and 14's girls' teams coming through. They're very keen, they're developing well and we hope to bring those girls through and make them the future of the club playing women's football here at Joondalup City".

With Girls and Women's football skyrocketing in popularity across the state of Western Australia and the country, Joondalup City is on course to be at the forefront of developing and increasing the participation of girls in football. 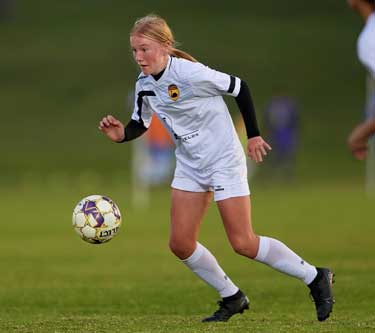 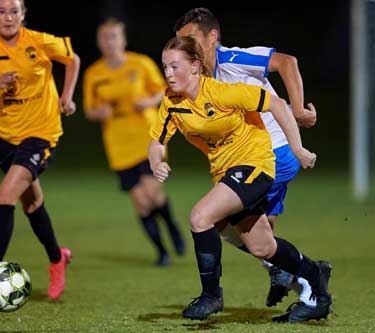 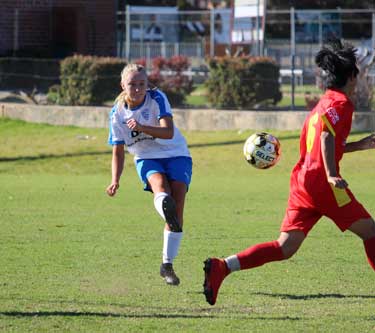